Welcome to the God Before Government website.  If there was ever a time when people need to stand up for traditional values and beliefs, it is now.  On Sunday July, 5th, Elizabeth Baptist Church in Shelby, NC took its stand with a flag raising ceremony that displayed the Christian flag over the American flag.  This new approach to flag etiquette symbolizes that our service and commitment to God is greater than our service and commitment to government–especially a government that coerces us to violate our commitments to God.  We will post a video of this service soon after the event.  Also, encourage your pastor and church leaders to do the same and start flying the flags in such a manner that it is clear we will serve God before government.  If your church is willing to join ours, please take a picture of the flag pole at your church, post it on Instagram, Facebook, or Twitter using the hashtag #GodBeforeGovernment, and join the conversation about religious freedom and the role of government in modern society.  Acts 5:29b 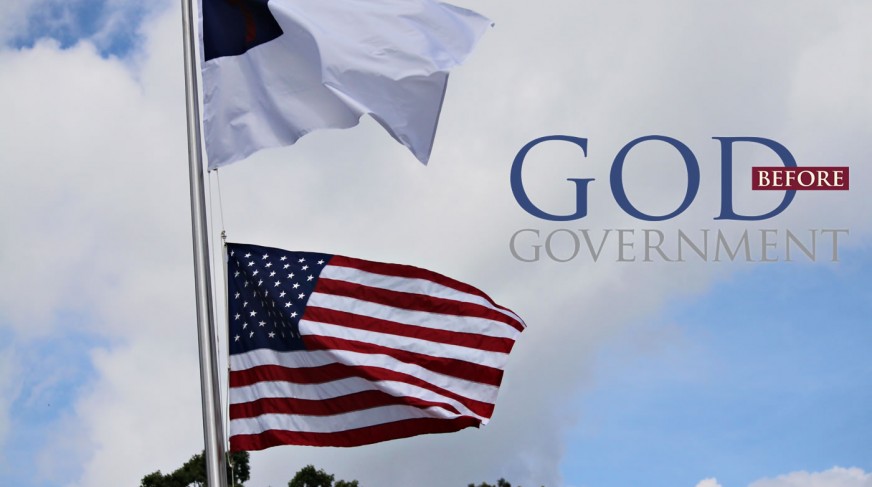 The Convention of States

The Upside Down World of Pop-Culture

Honoring the Legacy of MLK Day.

4 Lessons We Can Learn from NC’s HB2

Sanctuary city mayors have something to teach conservative leaders