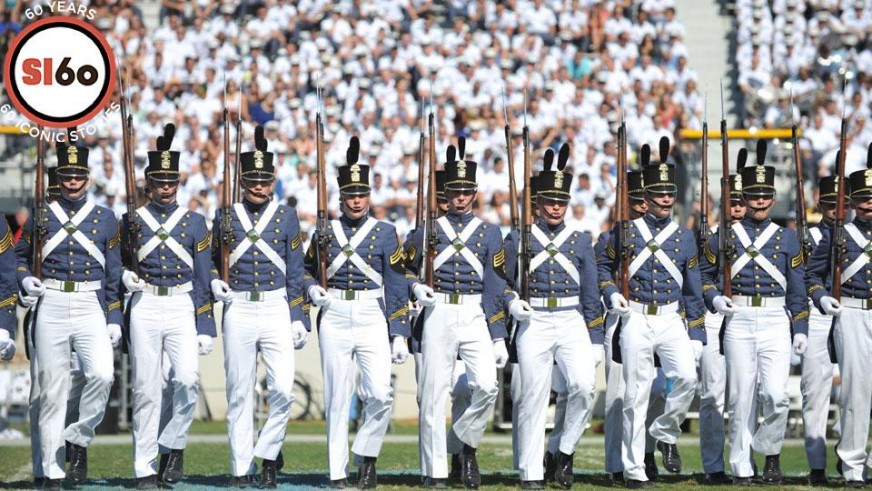 Yesterday, my brother-in-law (Citadel 95′) mentioned that a Sports Illustrated (SI) article from my senior year at The Citadel made SI’s “60 Years, 60 Iconic Stories” list. It’s been almost 23 years now since the article first appeared. The article is an example of how the left has long held a condescending attitude toward anything that reflects traditional American values. If you’re for God, they’ll call you a fool. If you’re for guns, they’ll label you a dangerous radical. If you’re for challenging yourself in an all male environment, they’ll call you a male chauvinist who excludes tax paying American women. If you’re waving the Rebel Flag, they’ll chastise you for being a bigot, a hater, and a hypocrite who represents the dangers of pent-up southern aggression. Truth be known, liberals reflect the most glaring bigotry, the greatest hate, and the most appalling hypocrisy. Liberals hate traditional America. They hate God, that is, the God of the Bible that places demands on our lives.  They hate guns. They hate masculine strength. They hate anyone who rebels against their “intellectual superiority.” I remember the day General Watts called me to his office to discuss the possibility of Rick Reilly staying the the barracks for a few nights. I thought it was a bad idea, but the General wears the stars, and Mr. Reilly stayed in the barracks. As you read the article, I want you to think about this… the whole time Mr. Reilly was with us, he was singing our praises and talking admirably about The Citadel. As the Regimental Commander at the time, I was privy to plenty of conversations with him (he quotes a few of them toward the end of the article). However, when the article came out in September 1992, it was pretty clear that Mr. Reilly has another agenda. Given the number of Citadel men who have faithfully served this nation, I have one question for Mr. Reilly, “Besides ridicule those who believe in God and guns, what have you done to serve our country?”