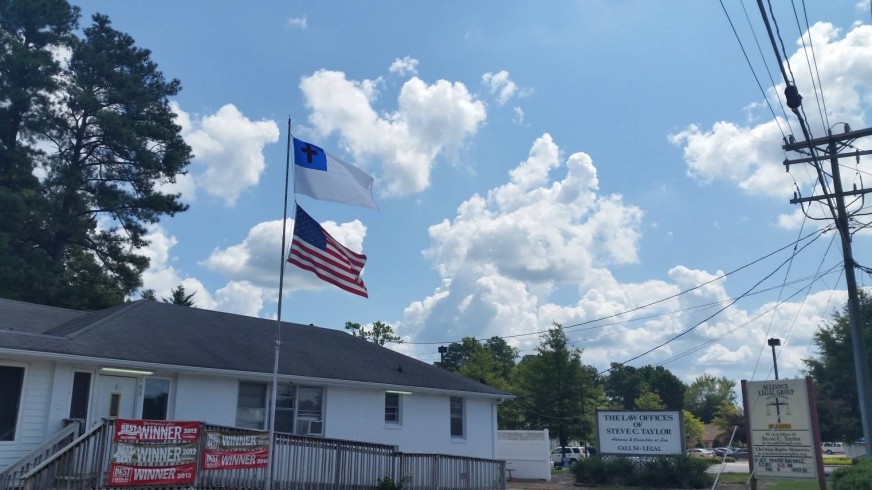 This message was just sent to us this morning.  Make sure you read the press release from the courageous folks at the Alliance Legal Group and the Christian Rights Ministries.  The cover pic is one they sent with the release.  Pass this on and encourage churches, businesses, and families to join the movement.  To God be the glory!  Have a blessed weekend!

FROM THE ALLIANCE LEGAL GROUP AND CHRISTIAN RIGHTS MINISTRIES

The general anti-religious tone of the current administration in Washington, a highly controversial Supreme Court decision in June regarding marriage, and concerns over the gradual erosion of religious freedom in the workplace and elsewhere have prompted the Alliance Legal Group in Chesapeake to join a movement entitled “God before government,” in which the Christian flag is flown above the American flag. The purpose is to remind all Americans that the United States is “One Nation under God.” This symbolic gesture is motivated by a recognition of a submission to the Authority that transcends human government, as reflective of the general outlook of the Founding Fathers who believed in the central role of Divine Providence, both in the birth of the nation and its continued prosperity.