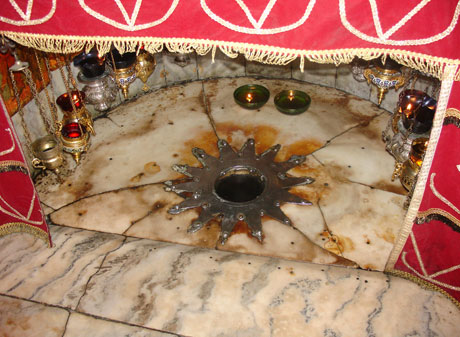 The other day, I figured it might be nice to ignore the attacks on Christmas and Christianity for a week or two, and focus on the victories of some Christians. Then, after the New Year, I would get back to writing about some of the issues going on at both the local and national level. However, some things are just impossible to ignore. Put your emotional seat belt on and brace yourself for this joint attack by the Freedom From Religion Foundation and the ACLU against the people at Concord High School in Northern Indiana.

It’s interesting to note in this article that the judge indicates that having a live nativity scene is problematic, but having mannequins is OK. That type of reasoning reflects one thing, and it’s not logic. Rather, such reasoning reflects the desire to abuse one’s ideological power. The courts love to push the American people around on these issues because, in their minds and our minds, it reinforces the power that they have over us.

Ironically, all it takes to turn things around is a little courage. If an entire community would stand together, then what are the courts going to do? Send in the Army? Arrest the kids and/or parents who participated in the nativity scene play? Take money away from the school system? I highly doubt it.

If that’s the case, then why does this nonsense keep spreading across the country? Answer: because most of our leaders are cowards who think they have to do anything the authorities tell them to do. “Stop praying!” “Yes, Sir!” “Take down that nativity scene!” “Right away, Sir!” “It’s OK for men to marry men, but it’s not OK to say “Merry Christmas.” “Understood, Sir!”

Reader, what would your local leaders have done? Given the temperament of the majority of our school board in Cleveland County, NC (more on that at the start of the new year), there’s little doubt we would be staring at a bunch of mannequins borrowed from the local mall. When are we going to see some community leaders who have the guts to stand up to these liberal bullies?  Simply say, “NO! We will not comply! We will not show up to court to be abused by black-robed-bullies.

Here’s my Christmas wish for 2016… that Christian leaders in America would start standing up for what’s right rather than rolling over for a dysfunctional court system that abuses its power and its people.